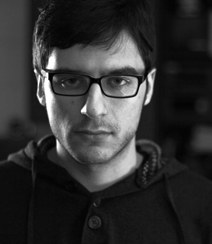 On April 1st, 2016, the American Society of Composers, Authors and Publishers (ASCAP) announced the recipients of the 2016 Morton Gould Young Composer Award, dedicated to encouraging young people in the creation of concert music. Of the over 700 applicants, xREZ Art + Science Lab’s Ermir Bejo was one of the 15 people, aged from 14-30, chosen to receive the award.

The award is dedicated to Morton Gould, a Pulitzer Prize winner and President of ASCAP from 1986-1994, upon his death in 1996. Gould was a child prodigy and had his first composition published at the age of six, he dedicated his life to encouraging young composers through initiatives such as the ASCAP Foundation Young Composer Program.

Along with the notoriety of winning such a prestigious award, the young composers have received cash prizes and will all be recognized at the ASCAP Concert Music Awards in September.

In a recent interview with UNT News, Bejo shared some thoughts on the importance of receiving the award.

“I am very pleased and proud to have been chosen as a winner,” Bejo said. “In the very competitive musical world, the award provides a much needed exposure to audiences who might have been previously unfamiliar with my work.”

The ASCAP Foundation was founded in 1975 and is dedicated to “supporting American music creators and encouraging their development through music education, talent development and humanitarian programs.” They offer many programs and workshops, such as “songwriting workshops, grants, scholarships, awards, recognition and community outreach programs.”