How is it that similar formations in nature yield such a variety of functions? A bolt of lightning reminds me of a river delta-a blood vessel, a root-and I have grown curious to know if these observable phenomena occur in places yet unobserved.  This project was influenced by my hope to photographically reveal these forms found in nature, and I began with a question:  How does light sensitive film react to the direct exposure of static electricity?

In my process, I use light sensitive film to capture static electrical discharge in order to examine the organic figures of raw energy.   Specifically the Lichtenberg figures, as they are recurrent throughout organic and inorganic materials. These figures, first studied by Georg Christoph Lichtenburg, exhibit branching and fractal properties.   In creating these images, my intention is to see how these electrical discharges interact with light sensitive material.  The process of my experimentation has only generated more questions: Do the organic structures of life follow the chaotic nature of electricity or does electricity follow the structures of organic life?

Each piece of film has been separately pre-exposed to the additive and subtractive colors with the use of a large format camera.  Once the negatives have been exposed to the different colors, I generate a direct static electrical discharge on the surface of the film.   This project is an examination of photographic materials. Electricity, physically and figuratively, has excited my imagination to utilize the properties of photography, in order to capture that which is unseen, yet oddly familiar. 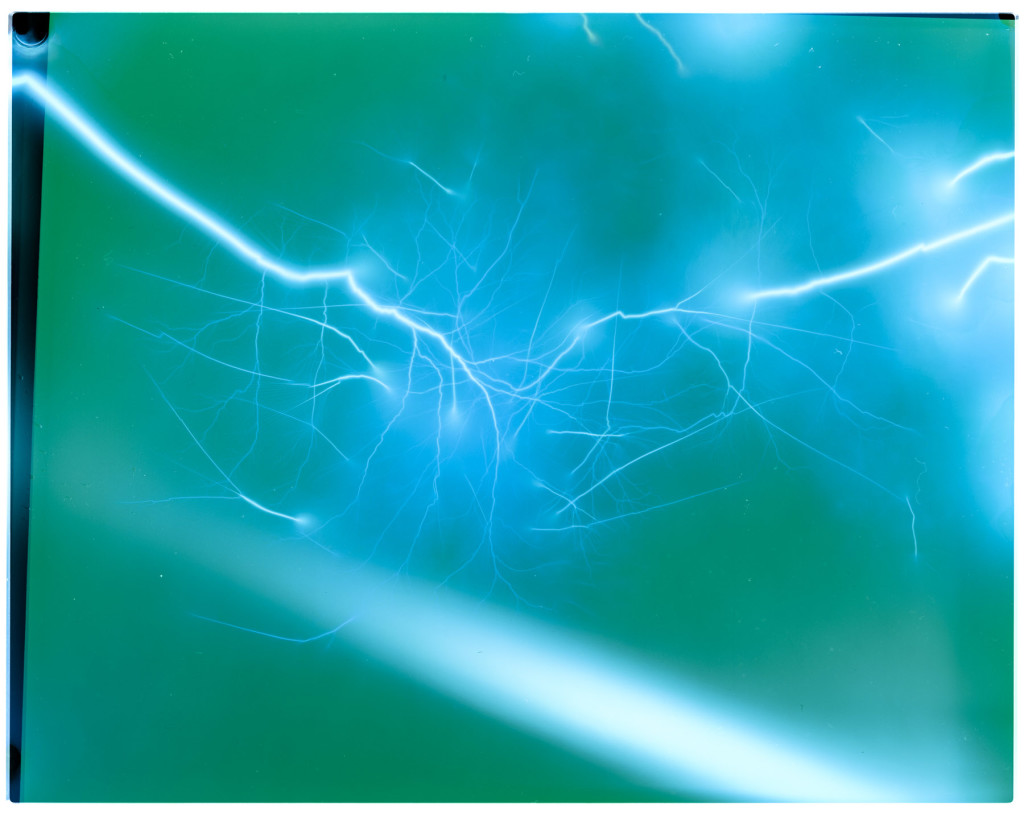 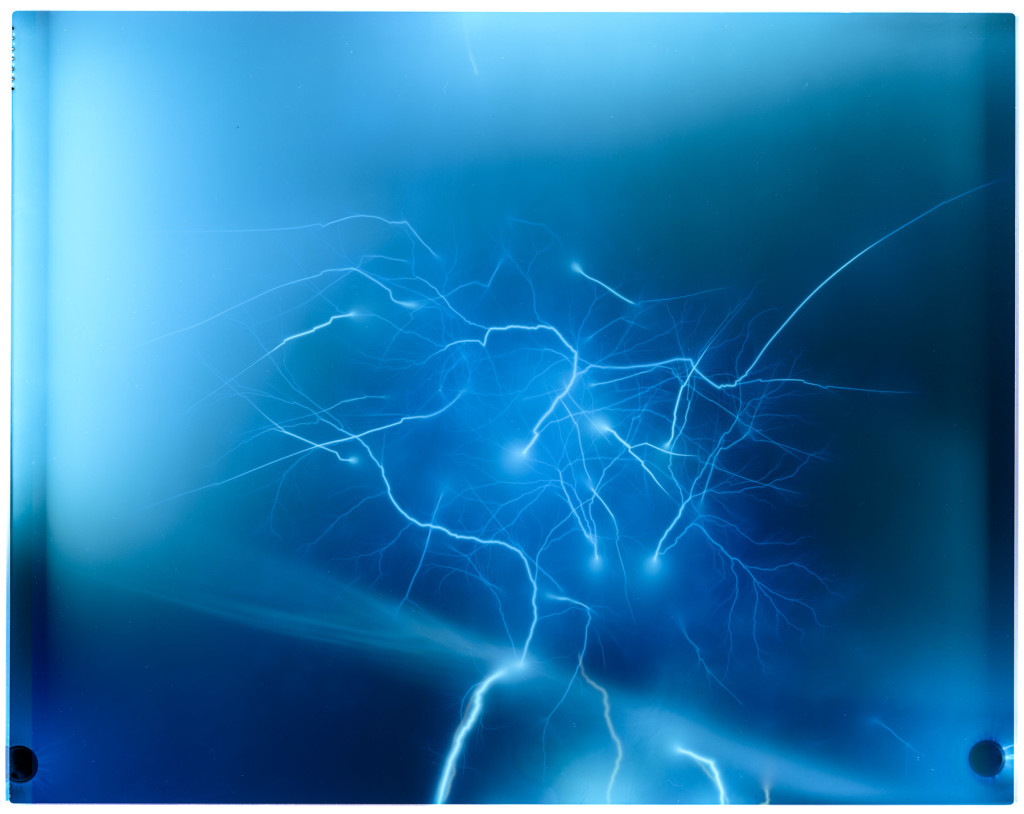