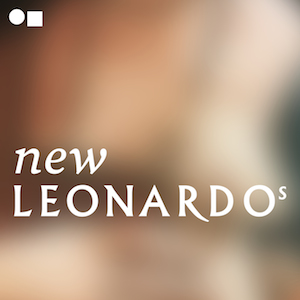 xREZ Art + Science Lab members Amelia Jaycen and Bobby Nash are “Voices” on the Creative Disturbance podcast. They had the opportunity to chat on-air with Roger Malina, director of the ArtSci Lab at UTD and two French artists hosted by UTD’s Centraltrak following an “Ideas Watering Hole,” a weekly Friday conversation where art-science practitioners gather to share ideas that loom large in their work each week.

Creative Disturbance is a podcast channel hosted by the University of Texas at Dallas that gives voice to people with new ideas across the arts and sciences, working to bring different disciplines together into conversations that make great think-pieces.

In the first podcast Amelia Jaycen joins French artists Gaspard Bébié-Valérian and Sandra Bébié-Valérian to discuss how fracking is displayed in news media, in artistic media, and how narratives about effects such as earthquakes can make a difference in how we think about fracking, in many ways an invisible process of extracting natural gas deep within the earth. Their conversation touched on how communities can understand science and how issues such as fracking are interpreted by the publics who are affected by them.

As Central Trak residents, the artists created an installation using seismographs of earthquakes as the underlying mechanism for a sound and projection experience that ties together themes of over-production, environmental consequences, the self, feelings about energy and about globalization. Learn more here.

In the second podcast Bobby Nash joins Amelia Jaycen and Roger Malina to talk about the intermingling of big issues and communities, media representations and human minds, science fiction and the science of the future. They shared a little about their projects on fracking in the media (Jaycen), documenting virtual reality development (Nash), and personalizing data for people in different fields (Malina).

“While the point is to explore a greater social issue, you still need to bridge the gap between the viewer and whatever issue you’re talking about.” –Bobby Nash

Nash shares ideas about the roots of effective documentary practice, noting that although the end goal is to address big issues whether fracking, GMOs or immigration, the issue is encapsulated in the personal story of an individual or community. He discusses the range of realities between the direct, sensory, physical reality and virtual realities created by new media tools, such as virtual reality, linked together by a string of public acceptance, familiar narratives, personal experience, and science fiction. He also shares his experience merging the psychological standpoint and the ecological standpoint as a media production intern for a pediatric mental health facility.

Jaycen shares a study-in-progress on the discourses involved in shaping the public experience of information and the science of fracking. She also looks at how information moves in patterns online that reflect the patterns of information flow in the physical world and shares her experience writing about science for the UNT Office of Research, where she got to see first-hand how science unfolds for those who are closest to it.

Malina highlights research in scientific controversies such as that of Bruno Latour, UTD research in documentary techniques for data-narratives, and the role of metaphor theory in data visualization. One major question was how to make scientific data intimate, looking at science “under the hood” and how science moves from the inside of the laboratory to dinner table conversations in the public sphere. The three connect around the idea that media, whether artistic, documentary, news or virtual, provides a type of sixth sense for people to experience science, the often an abstract or invisible reality unfolding in the world.

“I think that’s what interests me about the work of a lot of these artists,” Malina says. “This appropriation of these things, recontextualizing them, redirecting them as cultural objects or cultural processes. It’s almost like a digestion process, it’s not very pretty but then somehow you grow as a result.”

Listen to the full podcasts below: 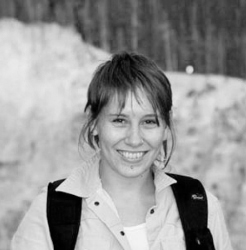 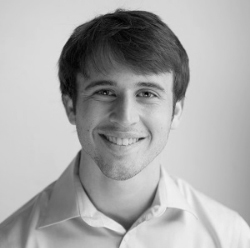