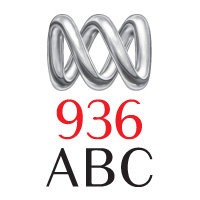 The Australian Broadcasting Corporation’s Tasmanian radio station 936 ABC Hobart interviewed creative catalyst Ruth West Aug. 3 to learn about the art and the science behind her work and to talk about her stay at the University of Tasmania this summer.

West is a visiting scholar at the University of Tasmania’s Creative Exchange Institute (CxI) for the month of August. On the ABC “Drive” show, she discusses art-science with host Louise Saunders, explaining how disciplines can come together to create new opportunities for culture, industry, students, artists and scientists.

“Whatever challenges we’re facing today, or even opportunities, we don’t know how they’re going to unfold. So if you’re going to have education that is very deep in a specific kind of knowledge, but you’re not able to bridge across in multiple different areas or extend out and find connections that maybe aren’t obvious, then you’re not as resilient.”“We transform things, new ideas into realities, new realities, new ways of seeing, new ways of knowing and new ways of experiencing both ourselves and our world.”

Listen to the interview to learn more about interdisciplinarity in a changing world and how West’s students are “transforming themselves by setting goals that are very clear but embarking on an uncharted path.” Plus, learn more about West’s upcoming INSTRUMENT:One Antarctic Night project and the psychology of virtual reality in medical and AI applications.

Listen to the Podcast:

Ruth: We develop new technologies while we develop new expressive forms, for example. So we’ve worked with some data about the world’s oceans and created an entirely new way of immersing yourself full-bodied into it and making music and visuals from it. But at the same time it gave the scientists an entirely new way of understanding their data and making new discoveries…

Louise: I get it, so what’s an immersion in an installation to some may be art, but to others it’s another way to understand what they’re actually studying.

Ruth: Right, exactly, the same thing. And so that was part of the purpose of that project was to demonstrate that you could have an aesthetically-derived scientific tool that could give you an entirely new view on the knowledge that the scientists were creating.