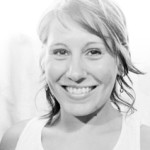 “Overbye keeps tabs on the top quark, the Big Bang, ?the latest exoplanet, the Higgs boson and the expanding universe. Google his name and? the search engine suggests reading about “quantum entanglement.” For more than 35 years, he’s reported from the front lines of the century’s greatest discoveries, narrating from inside the drama to turn elusive scientific ideas into café topics. He’s met and chatted (and sometimes knocked back drinks) with the great galaxy makers…”

Jaycen is a graduate journalism student and science reporter. Her article was published in Mayborn magazine in July 2014 in cooperation with the annual Mayborn Literary Nonfiction Conference hosted by UNTs’ Frank W. Mayborn Graduate Institute of Journalism. The first place award was for SPJ’s Texas/Oklahoma Region 8, and the winning submission will move on to compete in the national category. Read the full article at: Mayborn magazine.