The final stage of this semester I’ve spent my time finishing the video and audio of Backroads, finishing my artist framework map and creating a submission to a call for works for video art.

My artistic framework map consists of 5 different topics involved in my life as an artist: outcomes, audience, process, the 3 types of pieces I make, and the issue of perception in my work. In my framework paper, I went into detail about the way I treat each musical parameter in my work as well as briefly described the network interaction of each framework topic. For example, the most important aspect of my relationship to the audience is what is not on the map. The majority of people in the world, the layman so to speak, is not included in any category of my interested audience. This means that those who are interested in my work are by definition a subset of a subset of the general population. 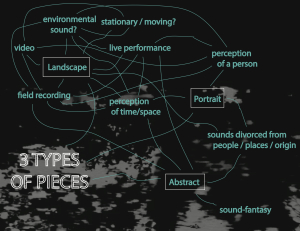 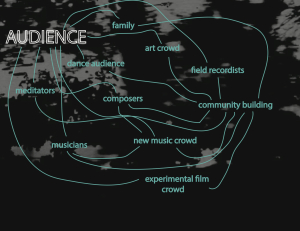 My work on Backroads was largely fine tuning the already complete sections and also overhauling the middle section of the piece completely. This section used to be a slowed-down version of a realistic, day-time driving shot and I changed it into an abstracted, ghostly section. The sonic counterpoint to this disappearing and reappearing abstracted road image is an alternation between the camera sound captured while driving and various field recordings captured throughout north Texas. This section has the most adventurous counterpoint between sound and image – I am playing with the notion of perceiving different stationary spaces while still feeling the motion of driving on an endless road. The last two images below are from the final, climactic section towards the end of the film where there are 6+ layers of blown out road motion layered on top of one another. 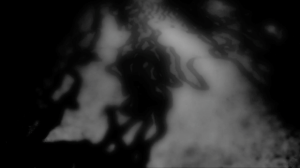 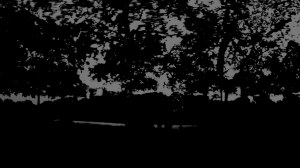 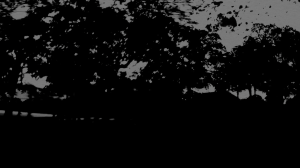 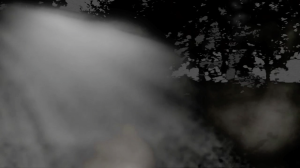 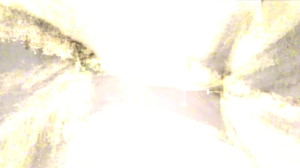 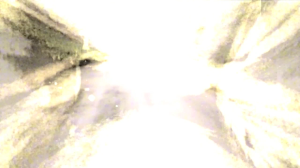 Overall, I found working on Backroads to be very challenging this semester. My initial concept for the piece clashed with the materials I had at hand to construct it. After working on it and sharpening my concept further, I discovered that there should in fact be 2 versions of the piece: an experimental film version (this version) and a much longer installation version. The installation version will be ca. 4 hours long and it will feature 3 screens / projectors with a 2-4 speaker array that is meant to be installed in one room of a gallery space. This installation version will feature four hour-long driving sections, each of which will have been shot in a particular area of Texas at a different time of year. The audio will be long field recordings from different areas, more organ improvisations and the option to have simultaneous live performance. So basically, the installation version of Backroads will be a less edited, much longer and more flexible than the experimental film version, which is meant to be viewed in a theater space. This discovery that I really had two separate pieces in mind for Backroads was very helpful in finishing the editing for the film version; I felt much more free to indulge my artistic intuition while editing the video and audio.