Ira Greenberg treats himself like a computer. His is the art + science of using coding as a paintbrush and exploring the iterative process of creation. Working generatively, Ira creates art using code and algorithms that are art themselves. The self-dubbed “coding evangelist” believes that coding is the creative mode of our time.

While he has two degrees in painting Greenberg decided he wanted to start working with software for art-making. But he found the shrink-wrapped variety wouldn’t do, and he decided to teach himself coding so he could work creatively at the level of math and algorithms. Now, he’s spent 25 years working to figure out the physical disconnect of the computational medium versus painting. 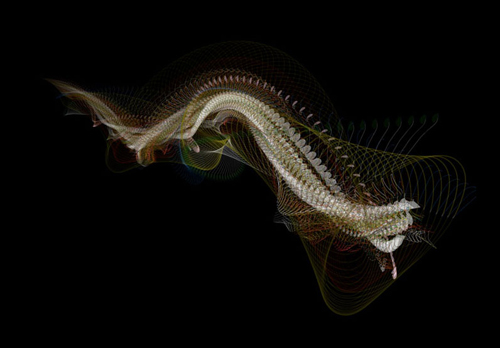 Greenberg explores the nature of the coding medium, getting a feel for “the viscosity of the code” and “the ways that code can drip.” He has worked for  the last decade to create “Protobytes,” a 3D library that generates artificial life forms using layers of randomization built into the system. He shows examples of computer-generated forms that appear based in biology, resembling organs or deep-sea creatures.

To create art forms, he has created layered randomization tools that allow for a type of controlled chaos in the system, randomizing results within his designed parameters. He’s built code that lives in two dimensions, in real-time, in performances and using the code to generate 3-dimensional forms through 3D printing. He’s drawn from concepts in artificial intelligence, randomization, and moving data back and forth between interfaces.

But for Greenberg, something was still missing.

“A lot of the pieces were really successful, but there was still something not being touched,” he says. 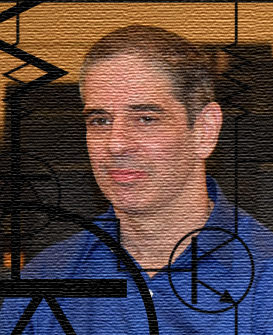 The touch, he found, was important. Where he started with coding that was informed by painting, Greenberg felt he wanted to revive his painting practice and see how it was informed by his years of work in coding. As a result, he started creating structures using a human generative process instead of computer-generated. Some of his “scribbles” take 400 hours of intentional focus, a dedication to seeing what forms emerge when you look into chaos.

The coding evangelist, it seems, has been re-born, discovering that while he once thought that algorithmically generated art could beat any design firm’s process, creating hundreds of iterations to every one human-made sketch. He now believes, after 25 years of discovery, that the human mind is actually a more powerful and effective generative tool.

“My current realization at this point is that I was wrong,” says Greenberg. “The range of freedom with the hand and the decision-making that’s happening so often actually offers in some ways a more efficient iterative power than writing even the craziest algorithms.”

Greenberg is the director of the Center of Creative Computation and Professor of Computer Science and Engineering at SMU, and author of Processing: Creative Coding & Computational Art. Find out more about Ira at http://www.iragreenberg.com/