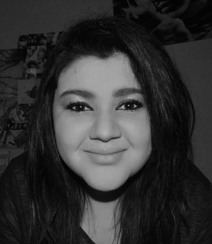 xREZ Art + Science Lab member Lucero Cantu traveled to Austin, TX to participate as a judge for the 17th Annual Longhorn Classic Tournament held on the campus of the University of Texas at Austin Dec. 4-5, 2015. The tournament was a nationally competitive Tournament of Champions event, and Cantu judged in the one-on-one Champion Lincoln-Douglas debate over the November/December resolution: “In the United States criminal justice system, jury nullification ought to be used in the face of perceived injustice.”

Cantu spent much of her time on debate teams throughout high school, often competing as many as three weekends per month for eight months of the year. During the first year of competition, when she was in eighth grade, Cantu wasn’t sure that she liked it very much, but a twist of fate saw her signing up again the next year. She says she learned to love the process of having to not only know your own argument but knowing the other side’s just as well so you can play a big part in the evolution of the conversation as it unfolds.

“Debate is about learning to listen quickly and process information quickly, so if you’ve done it you’re never in class asking the professor to slow down because you’re used to having to think fast,” she says. “Or for instance, being asked to give an extemporaneous report on your project for extra-credit, you’re already used to that. So debate offers some real life skills that can be applied to the classroom.”

With three events under her belt as a judge, Cantu says she plans to continue judging as a volunteer and possibly even as a contracted judge for debate events in North Texas. It was her love for debate in high school that led Cantu to enroll at UNT as a political science major, and she has since decided to become a constitutional lawyer.

She says “dealing with civil liberties and issues like that, you’re always going to be fighting for the good, and I really think that’s what I want to do.”