I am entertaining a few different ideas at this point. I have not been able to choose one yet but mapping out my working framework is helping me to sift through and choose a project that is both feasible and will hold my interest. I am resisting the process of dissecting my process perhaps because I identify and behave as an artist in a more spontaneous space. I work in multiple processes and these meet my creative and conceptual needs differently.

I am interested in pursuing a Spatial Exchange between two sites in Dallas and Denton that share a similar history. The 10th Street Historic District in Dallas and Denton’s Quakertown park were both African American communities created after the Civil War. Both neighborhoods were self sustaining communities affected by their cities’ decisions to use their land and access to it for civic purposes. Quakertown’s residents were forced to relocate while in Dallas, the city built a freeway through their neighborhood, effectively isolating the neighborhood.

At this point I am still involved in collecting data and researching the history of the site. Conceptually, I am still sifting through possible projects or directions. I am hesitant to make a connection between the two sites without enough data but I am intrigued by the access two both sites’ histories and the opportunity to work within them. I visited the 10th St. neighborhood in Dallas this past Saturday and toured the area with Isaac Cohen from bc Workshop. I was struck by Isaac’s guided tour in which the residents’ narratives were interwoven within the layers of the neighborhoods’ physical history as well as community identity.

2. A digital visualization of the neighborhoods’ changes over time. Using maps, Rephoto pictures, historic photographs and narrative information, I could attempt to recreate the changes in architecture and layout of both sites.

3. Memory Mapping: Using oral histories and interviews, I could attempt to recreate floor plans and maps of the spaces and houses in both neighborhoods. 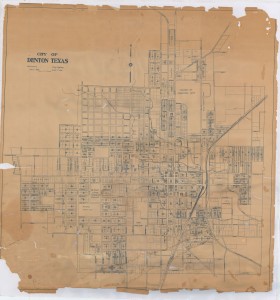 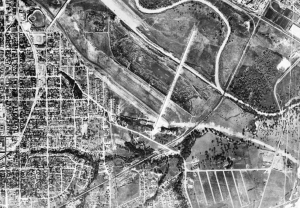 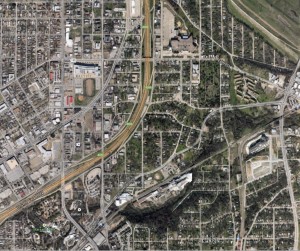 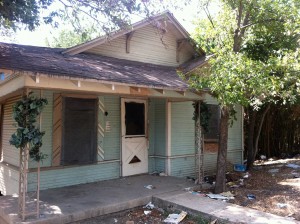 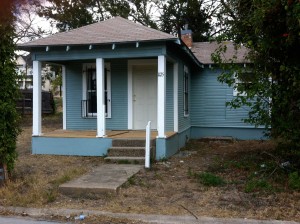 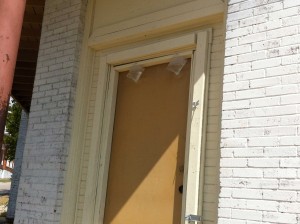